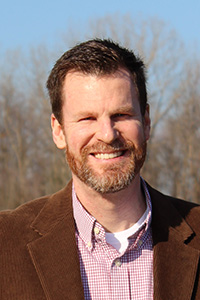 Matt Fletcher was born in Webster in 1968 but spent most of his early life in the Chicago area. He is a graduate of Washington Bible College (B.A., 1990), Briercrest Biblical Seminary (M.Min., 1999), and The Southern Baptist Theological Seminary (M.Div., 2014). Matt met his wife Ruthie while they were both students at Washington Bible College, and they got married the summer following their graduation in 1990.

The Lord has blessed them with five children, the oldest of which is now married. Matt has served in pastoral ministry for more than twenty years. Prior to becoming the Senior Pastor at Webster Bible Church in 2011, Matt pastored churches in Virginia, Nova Scotia (Canada), and Massachusetts.

Matt loves to read, especially Christian biographies and books on theology and spiritual leadership. He also enjoys watching his boys play basketball, taking long walks with his wife, playing the occasional round of golf, and staying in touch with extended family members and old friends.

After the completion of his M.Div. degree at Capital Bible Seminary, David came to Webster Bible Church in November of 1992 to serve as associate pastor. Since that time he has served in a variety of capacities in music, education and more recently in the development of our pastoral care and counseling ministries. While at WBC Pastor Dave also received training in clinical pastoral education as an intern and resident at the University of Rochester, Strong Memorial Hospital. He currently serves as an adjunct chaplain at both Strong Memorial Hospital and Rochester General Hospital. David is also a certified biblical counselor with the Association of Certified Biblical Counselors (ACBC) and works in a part-time capacity at the church in pastoral care and as a Biblical Counselor.

David is married to Pat who in addition to her job as a medical technologist also finds the time to serve in a variety of children’s ministries at WBC. David & Pat have been blessed with 3 adult children (2 married) and 5 grandchildren. David’s favorite activities include spending time with family nearby, sharing a meal together, and traveling with Pat to visit family in Lancaster, PA or in Detroit, MI.

Pastor of Youth and Ministry Development

Josh attended Clarks Summit University (formerly Baptist Bible College). Prior to coming to WBC, he served at Grace Baptist Church as the youth leader and on their Deacons board.

Josh has been married to his wife, Courtney, since 2014. Josh and Courtney both grew up in Christian homes and came to know Christ as their Lord and Savior at young ages. Courtney is currently a stay at home mother. Their first son, Elias Michael, was born on February 19, 2016. He went to heaven six months later due to congenital heart defects. Their second son, Barrett James, was born in 2017 and has a healthy heart. 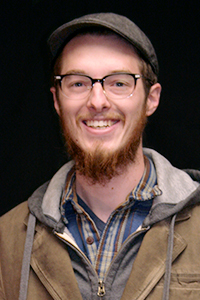 Trevor grew up in Sodus, NY as a pastor’s kid, and graduated from Sodus High School in 2009. He married his wife, Christina, in 2013, after they had become good friends leading worship and playing music together. One day, after many “this is not a date” outings, he wrote a song to Christina, in which he asked her to be his girlfriend. The rest is history. Since then the Lord has blessed them with two boys, Leonard and Emmet, and has shown his victorious power in many ways.

In between graduating high school and getting married to Christina, Trevor pursued degrees in audio engineering and worship arts ministry, which brought he and his wife to Greenville, IL. While there, Trevor began working as a choir director and leading the worship music at a local church family. They also began a coffee shop outreach, Nudge Coffee, which quickly became a huge opportunity to reach the community. Trevor has served musically in the church since he was just  13 years old. Trevor loves more than anything to see people direct their attention to Christ, and that’s his goal in leading music. Trevor loves the church, reaching the lost, playing music with his wife, building block towers with his sons, cycling, and roasting coffee.

Bob was born in Syracuse in 1956 and then raised in nearby Clinton, NY. He graduated from Utica College with a degree in accounting and landed his first job with Arthur Anderson & Company. Since 2003 he has been the CFO for Caldwell Manufacturing Company, a local producer of window and door components. Bob became a member of WBC in 2001. Over the years he has enjoyed teaching several Sunday school classes, serving as the church treasurer and assuming a role as both deacon and chairman of the deacon board. Bob and his wife Lisa were married in 1987 and have been blessed with two children, Rob and Lauren. Bob is an avid reader of both non-fiction and fiction with a special interest in 19th and 20th century history. He also enjoys target shooting, woodworking and just relaxing near a crackling campfire with his wife and children.

Larry has been a member of Webster Bible Church for 29 years.  He has served as an elder for 12 years, as well as serving on the deacons board, music ministry, in youth ministry, and with the Good News Jail & Prison Ministry.

Larry is married to his wife, Marilynn, and they have four children, Marla, Lauren, Stephen, and Samuel.  He currently works for Xerox.

David has been attending Webster Bible Church since 1972. A native Websterite, he is a graduate of Oakland University in Rochester, Michigan. He and his late wife, Martha, raised four children with the help of the ministries at the church. This is David’s fourth term as elder. Previously he has served as a deacon, the church moderator, church treasurer, and Sunday School superintendent. David is a retired elementary school teacher who taught in the Webster public schools for 33 years. He currently works for the Red Wings. Beyond the elder board, David enjoys serving as a leader in Olympians, teaching the first graders in Truth Tracks, taking a turn teaching Kingdom Kids, and serving on the Missionary Team. David facilitates the Sunday evening Bible study here at the church. David enjoys his twelve grandchildren, baseball, hockey, and reading.

Irv was born in Rochester in 1974 and spent his early years in Marion, NY. He graduated from Marion High School and then studied Biomedical computing at RIT. Currently, Irv manages his own software development company. He has been a member of WBC since 2001 during which time he has served on the technology committee, as a Sunday school teacher, community group leader and an elder. He and his wife Darci have been married since 1995 during which time The Lord has blessed them with 8 beautiful children (one in heaven). Irv’s interests include apologetics, anatomy & physiology, coaching soccer and anything to do with technology.

Matt was born in Rochester and has been a resident of the area for most of his life. He graduated from Nazareth college in 1996 and completed his graduate degree in Speech Language Pathology in 1998.  He has worked in the field for over 20 years and has worked in the Red Creek school district since 2004. Matt has been a member of Webster Bible Church since 2000. Matt and his wife Tricia were married in 1998 and have been blessed with two daughters, Emily and Megan. Matt has served as a deacon and worked with the children’s ministries for many years. He also enjoys teaching adult truth tracks classes. Matt enjoys activities outdoors including hiking, kayaking and geocaching. He is also an avid photographer and videographer and his camera is never too far out of reach.

Brad was born on Holloman Air Force Base near Alomagordo, New Mexico. He spent most of his life in Ripley, New York and graduated from Ripley Central School in 1989. He then attended RIT studying Computer Science and graduated with a bachelor degree in 1994. After graduation, he began work at Paychex, Inc. as a software developer where he continues to work today in a Project Management role. He and his wife Peggy have been married since 1998. The Lord has blessed them with two children – their son Ryan and their daughter Megan. Brad has been a member of Webster Bible Church since 2012 and has served in the children’s programs and as a deacon. His interests are in multiple sports where he coach’s baseball and basketball and volleyball, as well as playing card and board games with friends and family.